Reeling from the death of her lover and partner, freelance “exfiltration specialist” Billie Carrie Salton breaks into a high-tech, high-security biotechnology firm to steal their sickle cell anemia cure and broadcast it to the world.

In, out, announce. Easy.

And a gig gone wrong only begins the disasters.

Thievery, lies, and betrayals propel Salton across the world, from Atlanta, Georgia, to the heat of Portugal and the jungles of Myanmar, where she must put everything on the line to save everything she loves.

With her father’s death, mercenary thief Beaks returns to the place she hates most—her childhood home, to both pay her respects and make certain he’s gone.

She finds only lies.

Determined to rip the truth out of the shadows, Beaks ricochets around the world, defying killers and government agents alike. With the man she loves and the secretive hacker Sister Silence, she targets a nightmare that turns suffering into profit and slaughter into joy.

Liza Bradley knows the proper mercies for her career. A painless bullet through the head. An instantly broken neck.

Don’t want either? Drop your gun and run away.

Ex-Marine Matt Harrison? Green as lettuce and half as tough.

But as Liza’s team strikes their target in earthquake-ravaged Ecuador, Harrison strikes Liza in the only way she doesn’t know how to fight.

Useless against her own heart. 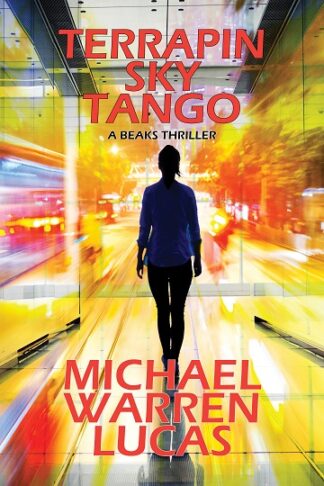